“I don’t know what our users look like.” This is what our lead engineer told me over Skype a few months ago. The comment made it painfully obvious that there was a growing rift of culture and vision between the engineers and the rest of the team. A rift caused by a 12 hour time difference.

WeTravel has an office in San Francisco and one in Baku, Azerbaijan (here is my view on the benefits and challenges of having engineers abroad). The diverging visions were hurting morale, especially in Baku. It was time to bring the whole team together.

The initial plan was to bring the Baku engineers to San Francisco for a few weeks. We calculated how much it would cost to fly and lodge the engineers in the Bay Area. Our co-founder Zaky (who is from Java, the Indonesian island west of Bali) looked at the number and jokingly said, “For this money, we could all go to Bali.” The idea stuck.

How to Go on an Incredible Company Retreat on a Shoestring

We planned for November because as a travel company we know the spectacular deals you can get during the off-season. We shopped around for flights and found a Singapore Airlines promotion for $630 round trip.

Then we played the “industry discount” card. We stayed in the most luxurious villas, paying less than half of their usual rates (just check out The Cove Bali and start dreaming). Travel companies often give great deals to industry partners, and we took full advantage.

The Benefits of a Company Retreat

The company retreat was incredibly productive. Our main goal was to align the team around a common vision and improve communication. However, we got so much more done. Product work got a healthy boost and BizDev strategies were aligned with the engineering sprints. We used a gazillion post-its and engaged heavily in brainwriting. This technique helped us to refine our target customer, to get ideas for new SEO tactics, and to prioritize features.

While in Bali, we coincidentally also had a fantastic month in terms of GMV growth on WeTravel. It was reassuring to see how mature our product has become: Despite the hundreds of new users that sign up and transact on WeTravel every day, we spend no more than an hour a day on operations or customer support.

The boost in motivation became more obvious by the day. It probably helped that we planned fun activities on two afternoons and on weekends. The team bonded while biking through the rice fields of Ubud, visiting the Tanah Lot temple, and trying their luck surfing. As WeTravel is targeting yoga as a first niche market, we even got everyone together for sunset yoga practice.

The retreat was not only successful in motivating our team in Azerbaijan. It has been great for our team culture in San Francisco as well. Our two yoga BizDev employees told me that the casual mention of a Bali team retreat during the interviews was a major factor for them to accept WeTravel’s employment offer earlier this year.

The jury is still out on how the retreat will affect our productivity in the coming months. However, I am confident that the $15,789 invested in this company retreat was money well spent. It was a crucial step to make WeTravel’s distributed team work smoothly in the years to come. The company retreat united a fantastic team that now has one common goal: Change the way the world experiences group travel. 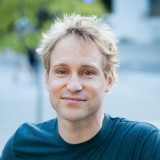 Becoming “Word-Of-Mouth” Worthy: How To Make Your Clients Your Best Storytellers – With Samantha Hardcastle

The Future Of Wellness Work & The Regenerative Economy: Looking At The Decade Ahead – With Erica Hartnick