Why Nicaragua is the Ultimate Vacation Destination

Nicaragua is the ultimate vacation destination. A bold statement? Perhaps. In this story I’m going to make the case for why Nicaragua, a diverse country in Central America, is where you should be planning your next vacation to. Whether you’re looking to relax on a beach, go on a yoga retreat, or drink in the culture of an old colonial city, Nicaragua has you covered.

Why Nicaragua is the Ultimate Vacation Destination

Nicaragua boasts not one or two but nineteen ACTIVE volcanoes, making its’ landscape incredibly diverse. They frequently peek out at you from wherever you are, lending a beautiful backdrop to your photographs. For the more adventurous among you, the volcanoes allow for some great hikes. Many tour groups and guides lead multi-day treks to various volcanoes around Nicaragua.

Another unique activity that many tourists partake in is called ‘volcano boarding.’ This is exactly as it sounds. Groups of adventurers climb up a volcano, and then fly full speed down the other side. Throughout your travels in Nicaragua, you are likely to run into hoards of young backpackers sporting the t-shirt to prove they conquered their fears and boarded down a volcano.

From Sea to Shining Sea

Nicaragua sits between the Pacific Ocean and Caribbean sea. In fact, Nicaragua actually means ‘here united with the water.’ On the Pacific side, you will find volcanic black sand beaches and world class waves that surfers from all over the world come to try and ride. Beach towns on the Pacific side are a bit more party oriented, with San Juan del Sur being the crown jewel among them. Head out a bit farther, though, and you will find oases of calm and beauty all along the Pacific Coast.

On the Caribbean side, the typical turquoise waters surround you along with a unique culture. Remote islands, such as The Corn Islands, have been making news lately as the next top Caribbean vacation destination. Little Corn Island, in particular, is so small that no motor vehicles are allowed on it. Talk about an escape from real life!

It’s no secret that Nicaragua has undergone some tremendously difficult times in its’ history. Things are relatively stable at the moment, as they have been recovering since 1990 from the dictatorships and wars that have torn apart their resilient country. A major roadblock in Nicaragua’s efforts to rebuild has been economic disparity and poverty. Tourism is helping to rebuild the economy, with Nicaragua set to be in the top 30 countries in the world with tourism as a major Gross Domestic Product in the next 10 years.

On the West Coast of Nicaragua, the major cities that tourists visit are Granada and León. Both are beautiful colonial cities with a thriving culture to match. Visit museums, art galleries, or simply wander the cobblestone streets with camera in hand. Who said the only place in the world for historical architecture was Europe? Granada and León have a highly developed tourism infrastructure, making them the perfect cities to visit for culture buffs who would prefer to stay on the path well-traveled.

The surge in Tourism to Nicaragua has led to some difficulties, yes, but it has also led to a conservation movement of Nicaragua’s natural beauty. Much of the country is made up of protected areas such as National Parks, Nature and Biological Reserves. The Biodiversity that is celebrated in other Central American countries (looking at you, Costa Rica!) is out in full force in Nicaragua as well.

On Isla de Ometepe, an island in the middle of Lake Nicaragua, you can volunteer to work on a sustainable farm. You can have your pick of where to go, too, since there are plenty to choose from. In exchange for food and a place to sleep, you will contribute to farm maintenance in whatever way possible.

If saving wildlife is more important to you, check out The Surfing Turtle Lodge. This full scale beach lodge, complete with bungalows and beachside cocktails, also doubles as a turtle hatchery. It’s also completely off-the-grid, running on solar energy, and they even make some of the food they serve there. They also have everything you could want on a beach vacation including yoga and surf classes.

Nicaragua is the perfect country to visit if you enjoy going on active vacations. We’ve already mentioned volcano boarding, but there are so many other options as well. Any adventure activity you could think of: zip-lining, trekking, etc. happens here. Nicaragua is the ultimate vacation destination because in one day you could wake up, do yoga on the beach, climb a volcano, go mountain biking, catch some waves, and collapse in bed exhausted but satisfied.

Get Away From It All

If the idea of doing that many activities in one day makes you exhausted just to read about, Nicaragua is also for you. Escape to one of the country’s secluded hideaways and take time for yourself. The perfect way to relax is undoubtedly on a retreat.

There are so many different kinds of retreats on offer in Nicaragua. Surf retreats, yoga retreats, and even retreats combined with giving back to the community.

Nicaragua is the ultimate vacation destination. There’s something for every kind of traveler. Have you been to Nicaragua? Leave us a comment below telling us about your vacation!

If this post inspired you to check out vacations to Nicaragua, you might be interested in this yoga retreat coming up in April 2018. When you’re not taking yoga classes and learning all about the divine feminine spirit, you’ll have the opportunity to enjoy the stunning natural beauty of the Laguna de Apoyo where the retreat takes place.

Back to Nature Nicaragua Yoga Retreat April 2018
Share this story 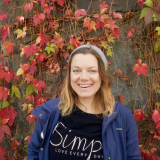 Eva Casey travels around the world working as a writer, editor, and social media manager. She writes about her experiences as a solo female traveler finding her place in the world on her blog, Eva Explores. She is also a performing artist, specializing in sketch comedy and improv.

How To Use Travel Storytelling For Tour Operators

Video Series: How To Target Gen Y & Z Travelers In Partnership With Contiki