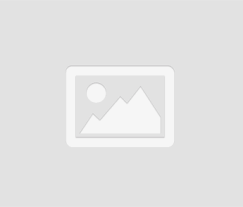 In the middle of the sea northwest of Baquerizo Moreno Port, capital of the Island San Cristobal, we find this ancient and eroded volcanic tuff rock. Kicker Rock is formed by two rocks of approximately 148 m high, named in Spanish “Leon Dormido” for its resemblance to a sleeping lion. In the middle of the rocks, it forms an exceptional waterway to swim, practice snorkeling, and watch animals such as masked boobies, frigates, pelicans, and sea lions. In the sea there are hammerhead sharks, sea turtles, eagle rays and many tropical fish.

You will sail in a small boat for approx. 40 minutes, towards the formation of lava in the middle of the sea. First you will go around the rock formation to observe different species of birds that use this rock as a resting place to nest. Then, from the boat you can jump from to snorkel in the channel between the rock formation. Be careful, since the currents could be strong, and you will be in open water without being able to see the bottom of the sea. Here you can spot different species of sharks (sometimes even hammerhead sharks!), Turtles, rays and more.

In certain seasons you will find jellyfish that can sting, although you will be provided with an isothermal suit on these occasions. After snorkeling, you will continue to Manglecito or a similar beach. This white coral beach offers the opportunity to walk around and bathe in the surface waters before returning to Baquerizo Moreno Port. You will have a lunch aboard. The sequence of the itinerary could be turned around due to Galapagos National Park regulations.

Optional Tours
3 reviews
Welcome to Encounter Latin America. Our passionate team with 7 local regional offices in Latin America stretch across the continent and give us the perfect base to offer your travelers an unrivaled experience. Living and breathing travel in Latin America for over 20 years, we’ve discovered incredible places, met amazing people and learned all the quirks and customs of this corner of our planet. We love to share our passion and the knowledge we’ve gained, with you and your clients. With a wide selection of bed &amp; breakfasts, small posadas, unique boutique hotels and world class luxurious lodging; you and your clients are able to design an authentic experience that meets both their comfort level, budget, and expectations. We carefully help design and refine all of your trips to bring authentic experiences to your customers, at the best possible prices. With six on-the-ground offices across Latin America, and a dedicated team of passionate travel experts, your adventures are in safe hands!
Read more

RV
We had a wonderful time, even though my boyfriend got sick on the bus ride (motion sickness). The guides and driver were very friendly and helpful. The trip up to the top was tougher than we anticipated, but with the expertise of Claudia and the rest of the team we arrived in good shape at the top. Luckily the snow started to melt when we arrived, so we could see all the nice colors and we also got to visit The Red Valley. I would definitely recommend this trip to everyone who is in a good physical shape. We had a great time.
Read more
By Romy V for OB 20681 Rainbow Mountain and the Red Valley off the beaten path on 21 Oct, 2019
CG
We had a wonderfull trip and a great guide.
Read more
By Centina G for OB19020 Titicaca Cultural Express-Full day-Group service on 06 Sep, 2019
LM
The Client seems like they had a lovely time. The Initial booking and itinerary suggestions from Agostina and team were very professional &amp; Helpful. Super efficient!
Read more
By Louise M for Corless, Martin x2 - flights on 25 Jun, 2019