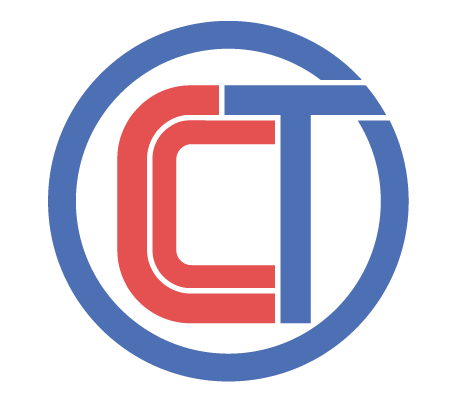 Cuban Cultural Trips' experienced travel coordinators will assist you throughout the registration and preparation process. For the duration of the trip, you will be accompanied by a professional Cuban guide and a our professional photography partner Meryl Meisler. We provide comfortable private transportation, lodging in a Cuban-Style B&B, daily ground transportation, meals at the top private-restaurants in Cuba and many more meaningful experiences. Experience the real Cuba with Cuban Cultural Trips.

The Cuban Cultural Trips team has over 15 years of experience facilitating complex travel arrangements around the world. We know travel and more importantly, we know and LOVE CUBA. By choosing to travel with Cuban Cultural Trips, you are supporting local communities throughout the island. We work with a variety of Cuban entrepreneurs and small businesses in an effort to support the growing Cuban private sector.

Your trip will be conducted under a general license for travel to Cuba. Your travel will consist of a full-time schedule of activities that will result in meaningful interactions between the travelers and individuals in Cuba with the goal of supporting and empowering Cuban civil society. Travelers subject to US Jurisdiction are responsible for complying with US Treasury Department guidelines and will complete an affidavit stating their purpose of travel to Cuba.

Traveling to Cuba requires that you adjust all expectations throughout the trip. The Cuban people are incredibly warm, generous and excited to welcome visitors from abroad with open hearts. However, some of the facilities and infrastructure are not to the same standard that you may be accustomed to in the US and other destinations. Traveling with an open mind will help you to enjoy your trip and to have a better understanding of the effects of decades of isolation as a result of political and economic policies of the US and Cuban Governments.

All deposits and payments from any Customer are non-refundable, subject to certain exceptions, as outlined in our Travel Services Agreement. Payment of a deposit enables BRB Travel Inc. to book travel, hold reservation(s), and engage in other activities on your behalf. Supplemental travel insurance is recommended for all of our participants. Please visit the website below for a quote from our preferred insurance provider. Our agency code is F2016110.

Travel to Cuba
with Meryl Meisler

Meryl Meisler, renown street and nightlife photographer, is excited to go on this Cuba photo adventure with you. The trip is appropriate for all levels of interest, experience and types of image capture (including phones).

SS
A great trip. Every meal was excellent. I loved that we could have whatever we wanted to eat and drink. And each restaurant was different from the next. I can't pick a favorite. We ate by the water, in the fields of an organic farm, in an old mansion, in a new mansion, in a rooftop terrace, and more. We were serenaded by a group of musicians. We drove through Havana for an hour in vintage convertibles with the top down and horns honking We toured a tobacco and coffee farm. We socialized in the living room at our Casa. We enjoyed slide shows of our photos in the dining room, where we also had excellent fresh fruit and juice and eggs for each breakfast. Jason and Santiago were gracious and knowledgable guides, making sure everything ran smoothly and taking us to places that were perfect for photography.. Our driver was first-rate. The trip was easy and fun.
Read more
By Susan S for MERYL MEISLER PHOTOGRAPHY WORKSHOP - CUBA on 20 Feb, 2020
MG
Had a great time. Wonderful experience. Very informative. Great food. Jason, tour director, Santiago, tour guide, Juanito, bus driver all exceeded expectations. I have now have Cuban friends on FB.
Read more
By Michael G for MERYL MEISLER PHOTOGRAPHY WORKSHOP - CUBA on 19 Feb, 2020
MW
Had a great time. One of the best groups of people I've ever traveled with. Thought Santiago, the Cuban guide, was excellent. The B&amp;B or casa particular also was excellent and very comfortable. From my perspective, improvements would include: substituting a light lunch or dinner for a heavy one. Mainly, it would have been better to have been able to spend less time over a meal because heavy meals generally too 2 hours to complete. I also would have liked a museum thrown in, particularly on a rainy day when the itinerary changed. I would have preferred that over spending yet more time seated and drinking at the Hotel Nacional. As for the photography aspect of the trip, I would not have minded some critical feedback on our photos. I enjoyed seeing others' photos.
Read more
By Mary W for MERYL MEISLER PHOTOGRAPHY WORKSHOP - CUBA on 19 Feb, 2020
HG
The best trip ever. Jason and his local team in Cuba went above and beyond - jam packed days meeting wonderful people, learning about Cuba, eating great food! Our Casa Particular was clean and comfortable with a warm, and efficient staff. Highly recommend!
Read more
By Helene G for MERYL MEISLER PHOTOGRAPHY WORKSHOP - CUBA on 12 Feb, 2020