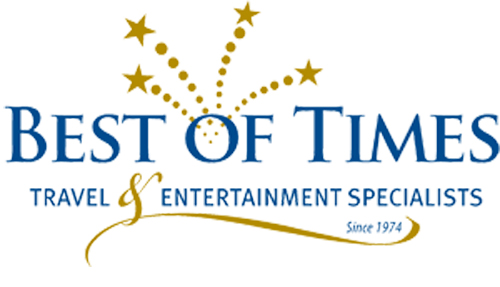 After a sell-out at Carnegie Hall, The Sicilian Tenors are ready to bring the joy of all our favorite Christmas songs to life on our Best of Times Travel stage.  The Sicilian Tenors bring together three marvelous Tenor voices, each singing their own interpretation of the world’s best music.  Their show is typically described as “The Three Tenors meets The Rat Pack,” but during the Holiday’s the show is so much more!  They are known to take their audience from tears to laughter with warm nostalgia and soaring voices.  The Sicilian Tenors are comprised of Aaron Caruso who studied Opera in Italy and New York and has performed  La Boheme, Mozart’s Bastien und Bastienne, and operatic concerts with excerpts from: La Traviata,  I Pagliacci, and Tosca.  Aaron was recently chosen to sing the role of Mario Lanza on Broadway.  Elio Scaccio, a performing artist since early childhood, has been singing virtually his entire life. Classically trained, his pop-classical debut CD, Lettere D’Amore, was released in the spring of 2010. The CD is comprised of original compositions along side well-known Italian classics.  Sam Vitale is also a classically trained tenor and has performed the lead tenor roles in Carmen, La Traviata, Tosca, L’Elishir d’Amore, The Phantom of the Opera, Don Giovanni (performed in Cortona, Italy), and Pagliacci. Vitale is also a proud veteran of Desert Storm.  So join us for an incredibly heartfelt and tender Christmas/Holiday show, you’ll be glad you came!